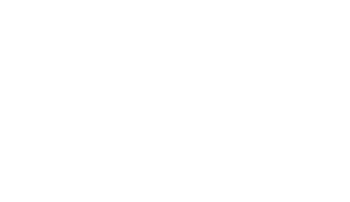 If you’ve ever lived with a cat who sprays, you certainly remember the distinct odor it produces. Oftentimes, unaltered males are the culprits; they use their spraying “talent” to mark their territory, thus telling all felines in surrounding areas that this is THEIR kingdom!

Obviously, neutering your male cat before this instinctive behavior begins is crucial. Sometimes the instinct turns into a habit though and, unfortunately, if your boy wasn’t altered before the spraying started, there is a small chance that spraying may become a habit. Stopping it can become difficult–but not impossible.

What if you altered your cat before the spraying instinct kicked in and he still begins marking his items and areas in your home? (And yes, contrary to popular belief, female cats do spray — although it’s uncommon.) Spraying is generally motivated by territorial anxiety, such as adding new family members or pets, or having too many pets in the home.

However, other situations, such as seeing neighborhood cats walking around your yard, moving/remodeling, fighting among family members, a change in routine or number of visitors, or even scolding kitty, may cause your cat to start spraying. An unacceptable litter box — a dirty box, different litter, bad location — could trigger a marking problem. So the underlying reason for the marking behavior must be addressed before the behavior can change.

As we’ve already said, altering your cats before they are mature (before six months — although many experts believe this procedure can be done at a much younger age) is the best way to combat marking behavior if the problem is caused by the hormonal tendencies that every cat has. All un-neutered males and some un-neutered females spray to mark territory, and females in heat may also spray to advertise their availability. And the simple fact is that you can’t stop an un-neutered cat from spraying.

If hormones aren’t the cause, look for the reason your cat is spraying. You may need to resolve conflicts with other pets in your home or find a way to keep roaming cats out of your yard — or at least cover the windows so your cat can’t see them.

Try to make favorite marking areas inaccessible or change the meaning of such places (for example, feed or play with kitty in those areas). Also, watch your cat closely and he starts sniffing in an area he has previously marked, make a loud noise or say “No!” to distract him and let him know it’s unacceptable. Clean soiled areas thoroughly with an enzymatic stain and odor remover, as well, because cats love to urinate in places that already smell like urine. And remember, even if you can’t smell something, your cat probably can. Use a product made especially to remove pet odors.

Sometimes the reason for spraying might not be apparent, such as when the scent of another cat is brought into the home on someone’s clothing. Pheromone sprays such as Feliway, help reduce anxiety about another cat invading his territory. By applying this synthetically imitated facial pheromone, you remove the uncertainty of an unfamiliar environment. If all else fails, discuss medicating kitty with your veterinarian. Buspirone is successful in many spraying cases involving territorial or competition issues.

Finally, you must remember that urination outside of the litter box should not be confused with spraying. What’s the difference? Inappropriate (at least to us) urination is usually done on a flat surface, such as a towel or bath mat or rug. Spraying is done on a vertical surface, such as the wall. It’s possible your cat could begin spraying and stop using the litter box at the same time, but for different reasons. A trip to your veterinarian for an examination should always be your first course of action.