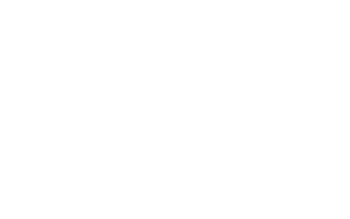 It may be difficult to believe that biting is a form of communication — especially after your cat has nipped at you during what you thought was a nice petting session — but it is. Cats may bite because they’re scared, because they don’t feel well, or simply because they don’t want to be touched anymore.

Kittens will bite because, along with scratching and wrestling, it is a form of play for them. It’s important to train your kitten early on not to bite, and that includes not using your hands as playthings. We know it’s tough to resist a little lighthearted tickling of your kitten’s fuzzy tummy, but once that kitten grows up, those little teeth grow up along with him.

“Always use a fishing-pole type toy when playing with a kitten. Save the furry toy mice and other small toys for the cat to enjoy on his own,” says feline behavior expert Pam Johnson-Bennett. “You want to send a clear-cut message concerning what is and isn’t an acceptable target.” Those targets can include feathers, string, or paper bags with a little ball inside — anything that’s not attached to your body. Even older cats benefit from regular play sessions, which help them blow off steam. “It’s important to give a cat an appropriate outlet to release energy,” says Johnson-Bennett. This will help cut down on “ambush biting,” where a cat suddenly dashes out and bites, usually around your ankles. It’s a “chase the prey” game, and more appropriate games will help control this behavior.

A common form of biting is called petting-induced aggression. This is when a cat lashes out at his owner during what seemed to be a pleasant session of petting. This form of aggression is one of the most confusing cat behaviors because it seems so sudden and unpredictable. However, from the cat’s standpoint, he’s already given you several signals that he’s had enough. “Cats usually give several warning signs before biting,” says Johnson-Bennett. “They include tail-lashing or thumping, skin rippling, growling, cessation of purring, ear flicking or rotation sideways [or] shifting of body position.” So if you watch your cat’s body language, you can learn to tell when he doesn’t want any more petting. Stop before he reaches his limit.

Many cats, too, have certain areas where they don’t like to be touched, such as the back legs, paws or chest. However, if your previously docile cat starts biting at you when you touch a particular area, it’s time for a visit to the vet. Your cat may have started to bite because there’s something wrong and it hurts.

Despite the best of training, accidents do occasionally happen. Sometimes, something — a strange cat, the vacuum cleaner, moving day — may scare your cat into biting you. In these cases, use reverse logic to release yourself. “Most people make the mistake of pulling away from the cat, but that only makes him bite down harder because your movements resemble prey,” says Johnson-Bennett. “Instead, gently push toward the cat, which will momentarily confuse him and also disengage your hand from his teeth.” She also recommends letting out a nice yelp, which confuses the cat and makes him shift his focus from your hand.