Pet Identification: The Best Care for Your Cat

Out of the estimated six million to eight million dogs and cats entering animal shelters each year, 30 percent of dogs are reclaimed by owners compared to less than 5 percent of cats, according to the Humane Society of the United States (HSUS). The big difference? Cats tend not to carry identification.

“Cat owners are so averse to using ID tags, collars or other identification,” says John Snyder, HSUS vice president of the companion animal section. “Many cat owners say, ‘I never let them out,’ but anytime you open the door, you run the risk that your cat will get loose.”

Here are the pros and cons of some of the most popular identification methods and the potential health impacts.

Cat Identification No. 1: Microchips
A microchip, usually embedded between your cat’s shoulders, emits a code that a special scanner activates with radio signals. The scanner displays a unique ID that can be used to access ownership information from a database.

Cat Identification No. 2: Collars and Tags
Getting your cat to wear a collar with a small tag featuring your name and phone number or information from a pet registry, is one of the best and cheapest forms of cat identification. Tags need to be updated if you move or change phone numbers. Some municipalities require tags to prove a cat is vaccinated against rabies.

Cat Identification No. 3: Tattoo
One of the oldest methods of cat identification, tattooing is used more rarely to ID cats these days. Tattoos are usually applied inside the ear. Some countries use a standard tattoo symbol to indicate a cat has been neutered.

Cat Identification No. 4: Ear Notching
Ear notching — or ear “tipping” — involves the physical removal of a small portion of one of a cat’s ears. This is most often used by feral cat management programs to ID cats after neutering, says Beaver.

Prevention, however, is the best method to prevent a
lost kitty. Beaver concludes, “Generally speaking, we recommend you keep
cats indoors.” 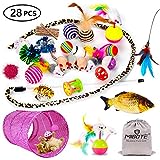 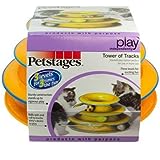 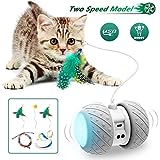 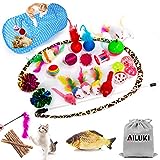