How Deep Should Cat Litter Be?

Anyone who has ever taken care of a cat likely has had to deal with cat litter. While it can be a convenient method of potty training for some reasons, it can also be a difficult (and potentially stinky) method for other reasons.

In addition to the positive and negative sides of having a litter box for your cat, there are also many questions that arise. One of the main questions though, is how deep should cat litter be?

The Correct Depth for Cat Litter

However, when all of that is set and you have run out of changes to make, it is possible that the depth of the litter box is unacceptable for your picky feline friend. For most cats, the litter box should always have between two and four inches of litter. Here are the reasons why the depth of litter matters to your cat:

Due to instinct and the dislike of their own stink, cats like to bury their business. Whether they go number one or number two, you will usually find a large mound covering it when you go to clean out the litter box. Therefore, your cat needs enough depth in their litter box to be able to bury their business accurately. If not, this could create litter aversion, which means that they will not use the litter box. Note: having enough cat litter will not always mask the unpleasant smells that come with your cat’s business – we suggest choosing a good cat litter for odor control if the bad smells persist despite having enough litter. 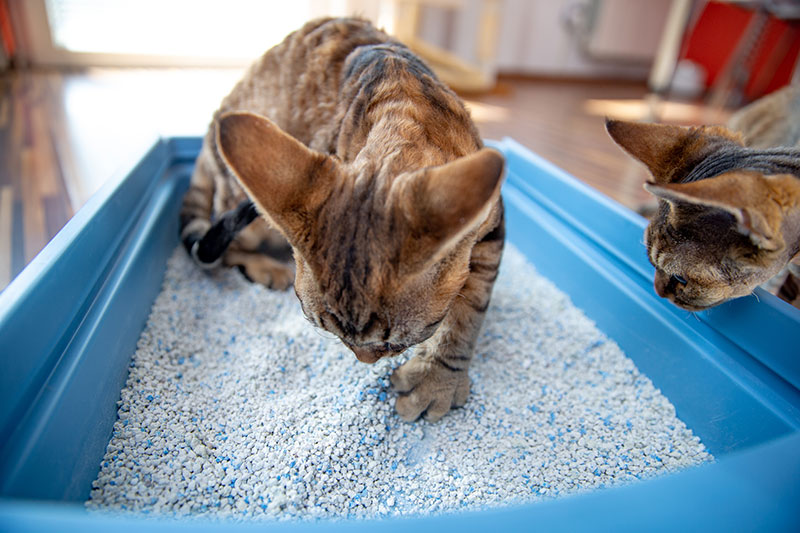 In summation, using the right amount of litter is a good way to keep your cat using their litter box, while not wasting money and resources in overindulging. If you stick to keeping between two and four inches of litter in the box at all times, your cat (and your clean home) will thank you for it.

About the Author: Laura Bethany